Hello and welcome to my stop on the blog tour for The Silent Wife by Karin Slaughter.

“Atlanta, Georgia. Present day. A young woman is brutally attacked and left for dead. The police investigate but the trail goes cold. Until a chance assignment takes GBI investigator Will Trent to the state penitentiary, and to a prisoner who says he recognises the MO. The attack looks identical to the one he was accused of eight years earlier. The prisoner’s always insisted that he was innocent, and now he’s sure he has proof. The killer is still out there.

As Will digs into both crimes it becomes clear that he must solve the original case in order to reach the truth. Yet nearly a decade has passed—time for memories to fade, witnesses to vanish, evidence to disappear. And now he needs medical examiner Sara Linton to help him hunt down a ruthless murderer. But when the past and present collide, everything Will values is at stake.” 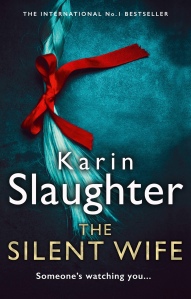 Having already been familiar with Karin’s writing I knew from the offset that I would enjoy reading this. The Silent Wife is the 10th book in the Will Trent series but it can also be read as a stand alone, although if you do that I think it will make you want to go back and read more of them. This book not only deals with a current set of murders but it also looks back 8 years to some old cases in Grant County, back when Sara was going through her divorce with the Chief, Jeffery Tolliver, back before Will was ever on the scene.

What I liked about the book was that it doesn’t just focus on the murders, its largely centered around the lives of our main characters, their relationships, struggles, the hurt they feel and how they came to be where they are now and we get to see if they manage to make it through it all. Will they solve the murder, will they save the day and will they stay together?

I did manage to guess who the killer was and really I put that down to hours spent watching true crime docs and my current hobby of listening to podcasts on them too! It didn’t spoil anything though because the story had so much to give and seeing how it all unfolded, watching them figure it out, the why of it all, it was satisfying to see everything click into place. I can say I didn’t expect the ending and was a bit taken aback like ok he really went there!

The Silent Wife is a great crime thriller that I think my fellow crime buffs will enjoy, especially with the added bit of romance, it makes the characters more human and relatable. The Silent Wife has made me want to dip back into the series and read some of the books I’ve missed out on. A recommended read from me I think a lot of people will enjoy this. 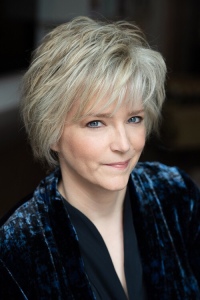 Karin Slaughter is one of the world’s most popular and acclaimed storytellers. Published in 120 countries with more than 35 million copies sold across the globe, her 19 novels include the Grant County and Will Trent books, as well as the Edgar-nominated Cop Town and the instant Sunday Times bestselling novels Pretty Girls, The Good Daughter, and Pieces of Her.

The Good Daughter and Cop Town are in development for film and television and Pieces of Her is soon to be an eight-part Netflix adaptation, directed by Lesli Linka Glatter (Mad Men), and produced by Charlotte Stoudt (Homeland) and Bruna Papandrea (Big Little Lies).

Karin is the founder of the Save the Libraries project- a non-profit organisation established to support libraries and library programming.

She lives in Atlanta, Georgia.

Many thanks to Anne from RandomThingsTours and Elizabeth from Harper Collins for having me on this tour, all opinions are my own and I am not paid to give them.

8 thoughts on “Blog Tour: The Silent Wife by Karin Slaughter”