Hello I thought you might like to see what books I picked up last weekend at Octocon.

You can be sure that these books will show up again once I’ve read them and some have already been here before. 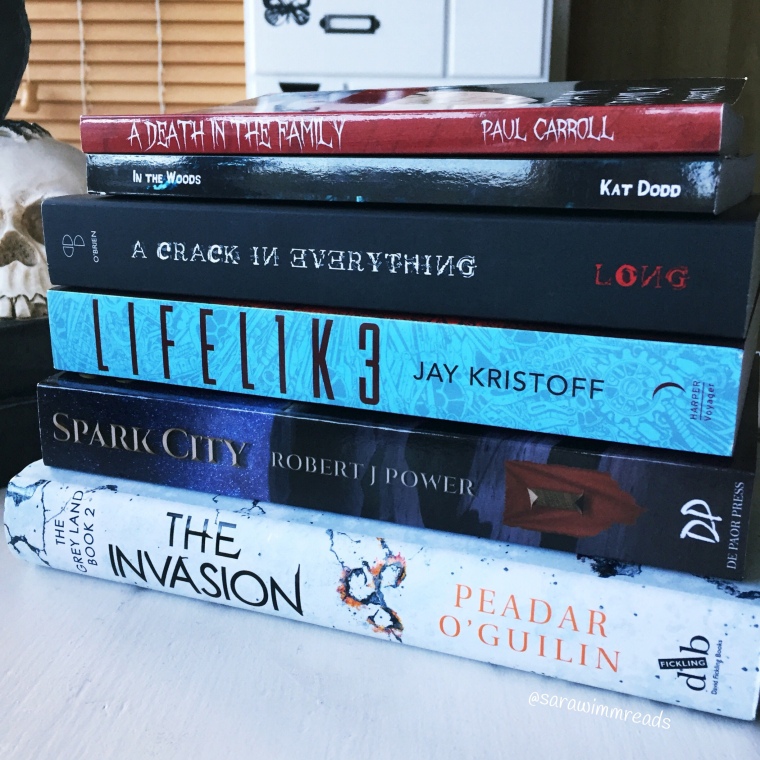 “Benjamin Cooper is about as close to death as someone can get, without actually dying. Literally.
In the wake of the Worst Year of the Century, the Coopers are visited by a man straight out of folklore, Death himself. Ben is forced, by way of fulfilling a supernatural debt, to take over the mantle of Reaper.
But life as Death is more complicated than Ben could ever imagine, and perfectly executing every order is rarely an easy task.
A Death in the Family is a tale of paying for others’ decisions, seeking to understand dying, and falling hopelessly in love.”

“In the American South, camping and hunting is one of the main ways to pass time, and is considered a fundamental way of life. Eight friends – Eric, his twin sister Shania, their brother Daniel, their friends Rowan, Stevie, Eleanor and Corizon – decide to go camping in the woods as one of their last hurrahs before finding out what colleges they get into and their lives change.

What they aren’t expecting is to find something far more dangerous than they imagined. Sure, they’d heard the stories and the local legends, but that’s all they were, right?

“It’s just another day on the Scrap: lose the last of your credits at the WarDome, dodge the gangs and religious fanatics, discover you can destroy electronics with your mind, stumble upon the deadliest robot ever built…

When Eve finds the ruins of an android boy named Ezekiel in the scrap pile she calls home, her entire world comes crashing down. With her best friend and her robotic sidekick in tow, she and Ezekiel will trek across deserts of irradiated glass, battle cyborg assassins, and scour abandoned megacities to save the ones she loves…and learn the dark secrets of her past.”

“Chasing a thief, Izzy Gregory takes a wrong turn down a Dublin alley and finds the ashes of a fallen angel splashed across the dirty bricks like graffiti. She stumbles into Dubh Linn, the shadowy world inhabited by the Sidhe, where angels and demons watch over the affairs of mortals, and Izzy becomes a pawn in their deadly game. Her only chance of survival lies in the hands of Jinx, the Sidhe warrior sent to capture her for his sadistic mistress, Holly. Izzy is something altogether new to him, turning his world upside down.”

“Thousands of years after the human race collapsed, what remains of a once-great world is a tiered system of a warrior species with limitless potential for war and survival. Now under the command of The Primary, a staunch woman with an iron first, a dawning age of peace has descended upon a world so shaky it just may shatter it.

For one young man, peace and promise stretch out before him as he stares down the barrel of the mysterious ritual known as the Cull. It appears his future is all but written for him and the promise of change is just around the corner–but is it good change or bad?”

I read The Invasion when it came out but I wanted to get my hands on a hardback copy. You can read my review HERE. 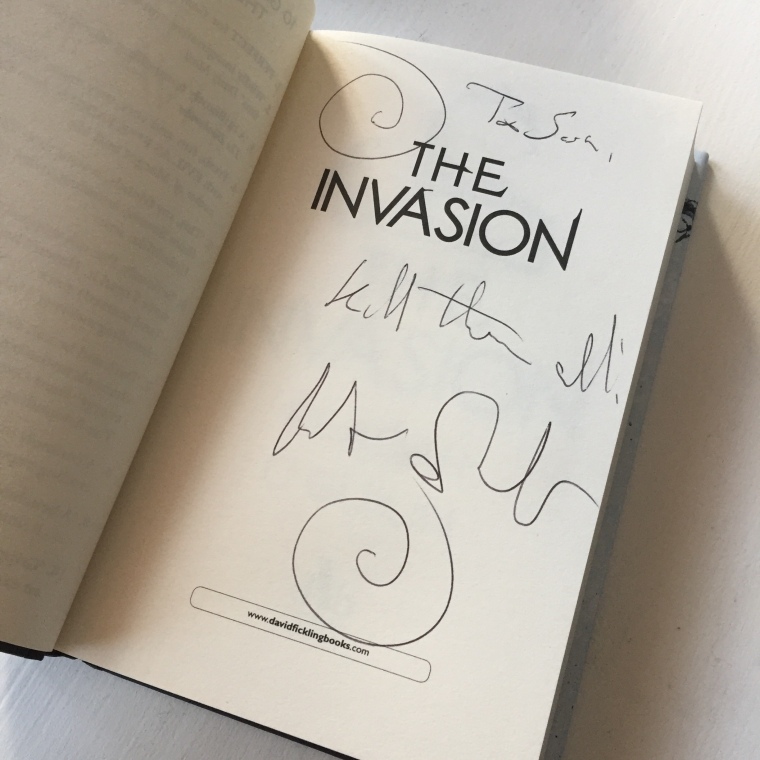 So there is my Octocon book haul, 5 out of these 6 books are by Irish writers which I’m happy about as I’m trying to include more Irish writers in my reviews. Are there any that catch your eye or that you have read before?