It’s been a while since I shared whats on my NetGalley list and it’s growing at the moment so I thought it would be a good idea to update it. 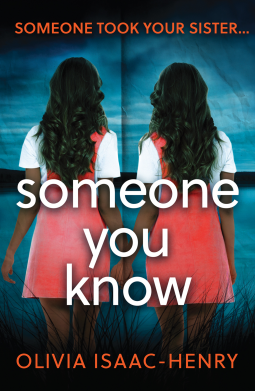 “You can trust your family, can’t you…?

She has spent the last twenty years building a life away from her fractured family, desperate to escape the shadow of the past.

Only now she needs to confront the huge hole her sister’s disappearance left in her life, because a body has been found. The police are shining a spotlight on the Piper family. And secrets are about to surface.

After all, it’s common knowledge that more often than not, these crimes are committed by someone close to the victim. Someone they trust. Someone they know…

What really happened to Edie Piper?” 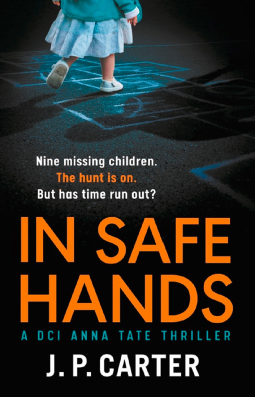 “How far would you go to save the ones you love?

When nine children are snatched from a nursery school in South London, their distressed parents have no idea if they will ever see them again. The community in the surrounding area is in shock. How could this happen right under their noses? No one in the quiet suburban street saw anything – or at least that’s what they’re saying.

But DCI Anna Tate knows that nothing is impossible, and she also knows that time is quickly running out. It’s unclear if the kidnappers are desperate for money or set on revenge, but the ransom is going up by £1million daily. And they know that one little boy in particular is fighting for his life.

It’s one of the most disturbing cases DCI Anna Tate has ever worked on – not only because nine children are being held hostage, but because she’s pretty sure that someone close to them is lying…”

“Into every generation a Slayer is born…

Nina and her twin sister, Artemis, are far from normal. It’s hard to be when you grow up at the Watcher’s Academy, which is a bit different from your average boarding school. Here teens are trained as guides for Slayers – girls gifted with supernatural strength to fight the forces of darkness. But while Nina’s mother is a prominent member of the Watcher’s Council, Nina has never embraced the violent Watcher lifestyle. Instead she follows her instincts to heal, carving out a place for herself as the school medic.

Thanks to Buffy, the famous (and infamous) Slayer that Nina’s father died protecting, Nina is not only the newest Chosen One – she’s the last Slayer, ever. As Nina hones her skills with her Watcher-in-training, Leo, there’s plenty to keep her occupied: a monster fighting ring, a demon who eats happiness, a shadowy figure that keeps popping up in Nina’s dreams…

But it’s not until bodies start turning up that Nina’s new powers will truly be tested – because someone she loves might be next.

One thing is clear: Being Chosen is easy. Making choices is hard.”

“Something evil is gathering power in the kingdom. It knows the secrets in your heart, and nobody is safe…

Petra Kel – young and headstrong – has been named General of the Queen’s Guard. But while Petra’s head may be in rebuilding the war-torn kingdom alongside her childhood friend Queen Belengaria, she left her heart miles away in their homeland, the day she turned her back on the only man she ever loved and fled.

But then Petra’s past – in the form of Bel’s roguish brother Zander – comes crashing in, just as rumours of dark magic begin to swirl at court. Petra can’t afford to be distracted… but the unfinished business between herself and Zander is like a vice upon her heart.

When evil takes hold of the kingdom and threatens Bel, Petra is forced to make the impossible choice between love and loyalty. And will the insidious magic of the Stone’s Heart reveal the heart-breaking reason why she left Zander behind all those years ago?”

Creatures lurk in the endless forests of the Wild, plucking victims from those who scratch a living by the sides of the great Godroads, paths of crystal which provide refuge from the infernal tide.

Humanity’s protectors reign within crystal castles held aloft on magical currents – seven timeless royal families, born and reborn into flawless bodies. As immortal as the precious stones from which they take their names, they fight to hold the Wild at bay. For generations a fragile balance has held.

House Sapphire, one of the ancient Deathless families, is riven by suspicion and grief. Their hunting expeditions against the Wild are failing and entire villages have begun to disappear.

“The killing starts when the lights go out . . .

Holly Wakefield works for the NHS as a criminal psychologist specialising in serial killers. She has particular reason to be good at her job – but she keeps that to herself.

When DI Bishop from the Met Police approaches Holly to investigate a recent killing, Holly is horrified by the dismembered bodies and the way they have been theatrically positioned. More shocking still is when the pathologist reveals this is not the first time she has seen these mutilations. It means a serial killer is out there, and they’re going to kill again – soon.

Holly is used to chasing serial killers. But this killer has something in common with Holly that she’s kept hidden for as long as she can remember. And for the first time since she was a child, Holly is forced to face the darkness of her past . . .”

It is a morning’s lessons, a dress rehearsal of Macbeth, a snowy trek through the woods.

It is an eternity waiting for news. Or a countdown to something terrible.

It is 180 minutes to discover who you will die for and what men will kill for.

In rural Somerset in the middle of a blizzard, the unthinkable happens: a school is under siege. Told from the point of view of the people at the heart of it, from the wounded headmaster in the library, unable to help his trapped pupils and staff, to teenage Hannah in love for the first time, to the parents gathering desperate for news, to the 16 year old Syrian refugee trying to rescue his little brother, to the police psychologist who must identify the gunmen, to the students taking refuge in the school theatre, all experience the most intense hours of their lives, where evil and terror are met by courage, love and redemption.”

“You are cordially invited to play a game…

Tuesday Mooney loves a puzzle. So when an eccentric billionaire drops dead, leaving behind a fiendish treasure hunt – open to anyone – to his fortune, Tuesday can’t resist.

Although she works best alone, she soon finds herself partnering up with best friend Dex (money manager by day, karaoke-zealot by night) and the mysterious Nathaniel Arches, eldest son of a wealthy family who held a long-running feud with the dead man.

As the clues are solved, excitement across the city reaches fever pitch – but nothing is as it seems, and the puzzle-within-a-puzzle holds something much darker than a vast fortune at its heart…”

“Squib Moreau may be swamp-wild, but his intentions are (generally) good: he really wants to be a supportive son to his hard-working momma Elodie. But sometimes life gets in the way – like when Fake Daddy walked out on them leaving a ton of debt, or when crooked Constable Regence Hooke got to thinking pretty Elodie Moreau was just the gal for him…

An apprenticeship with the local moonshine runner, servicing the bayou, looks like the only way to pay off the family debts and maybe get Squib and his momma a place in town, far from Constable Hooke’s unwanted courtship and Fake Daddy’s reputation.

Unfortunately for Squib, Hooke has his own eye on that very same stretch of bayou – and neither of them have taken into account the fire-breathing dragon hiding out in the Louisiana swamp…

For Squib Moreau, Regence Hooke and Vern, aka Lord Highfire of Highfire Eyrie, life is never going to be the same again.”

“Life as a knight is not what Vedren Chel imagined. Bound by oath to a dead-end job in the service of a lazy step-uncle, Chel no longer dreams of glory – he dreams of going home.

When invaders throw the kingdom into turmoil, Chel finds opportunity in the chaos: if he escorts a stranded prince to safety, Chel will be released from his oath.

All he has to do is drag the brat from one side of the country to the other, through war and wilderness, chased all the way by ruthless assassins.

With killers on your trail, you need killers watching your back. You need the Black Hawk Company – mercenaries, fighters without equal, a squabbling, scrapping pack of rogues.

Prepare to join the Black Hawks.”

I should really get started on this lot, I’m definitely not allowed to request anymore until I do! Have you read any of these?