This review is about Lily Alone by Jacqueline Wilson. Lily is an eleven year girl old that gets left alone with her three younger siblings, Bliss, Baxter and Pixie. She also has to look after them and keep them safe. 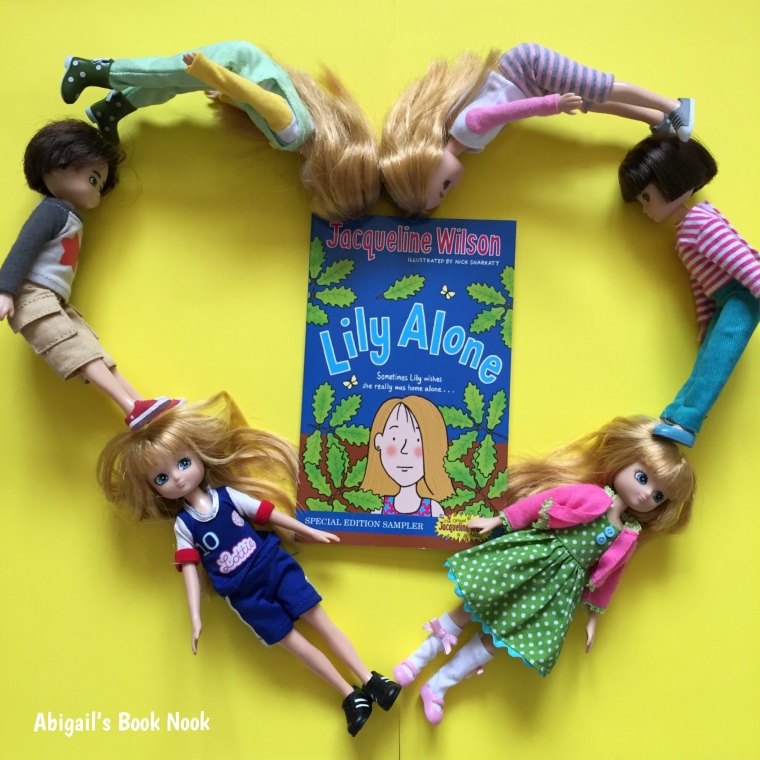 “Lily isn’t home ALONE – but she sort of wishes she was. Looking after six-year-old twins Bliss and Baxter and three-year-old Pixie is a lot of responsibility.
When Mum goes off on holiday with her new boyfriend and her stepdad fails to show up, Lily is determined to keep calm and show she can cope without any grown-ups. But being in charge soon feels overwhelming, and Lily is worried that school or social services might discover their situation and break up the family. What could be better than to take all the little ones for a camping adventure in the park? Plenty of space to run about, no carpet to vacuum, and surely no chance anyone will guess they’re there . . .”

This book was filled with emotions and I felt tons of emotions in this book. I felt bad for Lily that she was left alone with her siblings, I also felt impressed by how well Lily looked after her brother and sisters because if I was her I surely wouldn’t be able to cope. I’d be freaking out but I would have tried to look after Bliss, Baxter & Pixie!

If I had to choose who my favourite character is I’d go for Lily. Not just because she’s the main character, but because I love the way she lead with the situation and how well she coped.

My least favourite character would be Baxter. Baxter is one of Lily’s younger siblings, and he always drives Lily up the wall! He always made it so hard for Lily to cope. Thank goodness she did! So in my opinion I’m giving this book a five star review.

Remember I will be posting on Saturdays.. SEE YA next time in…