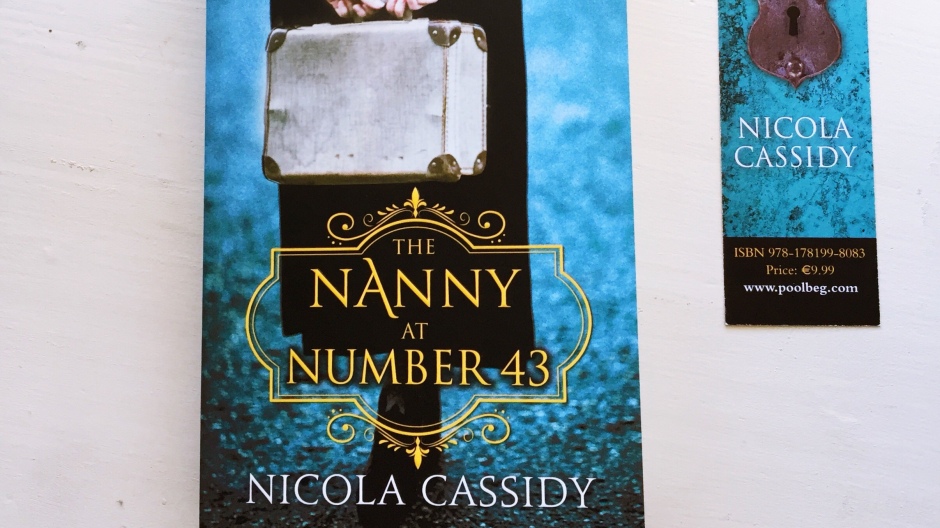 Be careful who you let into your home..

Hello and welcome to the blog tour for The Nanny At Number 43 by Irish Author Nicola Cassidy. 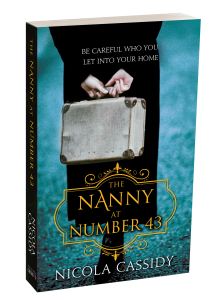 “Wanted, a respectable woman to care for a motherless child.
When William D. Thomas’s wife dies in childbirth, he places an advertisement in his local newspaper seeking a nanny for his newborn child.
He is thankful when an experienced nanny arrives at 43 Laurence Street and takes over from his frazzled housekeeper Mrs McHugh.
Mrs McHugh confides in her bedridden friend Betty, who has a bird’s-eye view of all the happenings on Laurence Street, that the Nanny is not all she seems. Betty begins her own investigation into the mysterious woman.
When the bodies of twin babies are discovered buried in a back garden, by a family who have moved from their tenement home into a country cottage, a police investigation begins.
But it is Betty who holds the key to discovering who the Nanny really is … and the reason she came to 43 Laurence Street.” 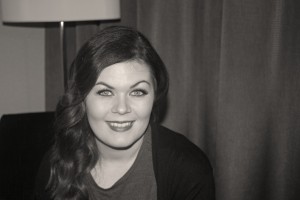 Nicola Cassidy is a writer and blogger from Co. Louth, Ireland. She started her writing career early, entering short story competitions as a child and became an avid reader. Encouraged by her English teachers, she chose to study journalism at Dublin City University and while working in political PR and marketing, studied a series of advanced creative writing courses at the Irish Writers’ Centre. Later she set up a lifestyle and literary blog http://www.LadyNicci.com, which was shortlisted in the Ireland Blog Awards in 2015 and 2016 and finalist in 2017 and 2018. She signed with Trace Literary Agency in 2016. December Girl is Nicola’s debut historical fiction novel and is set in the mystical and ancient Boyne Valley, Co. Meath, famed for its stone age passage tombs. Elements of the story are inspired by true events. Her second novel The Nanny at Number 43 is published by Poolbeg Press. She lives with her husband and two young daughters in Termonfeckin, Co. Louth. Follow her at http://www.ladynicci.com, on Twitter @ladynicci or http://www.facebook.com/ladynicciblog.

The Nanny At Number 43 is a must read for fans of historical fiction but I think anyone who enjoys a good mystery will be equally intrigued by it. The story opens with a disturbing discovery which is pretty disturbing and you’re left wondering what happened. Was it a tragic accident or something more sinister?

I really like that the book is based in Ireland as most historical fiction I have read has been based in the UK. So it was a thrill to know the places mentioned and picture how they might have been years ago. There is a fair amount of tragedy and heartbreak for all of the characters, no one is left unscathed. They were hard times and sudden deaths weren’t always questioned they were just accepted. But when then body count rises too quickly things become suspicious, who really is the nanny At Number 43?

I thought this was very well written with great attention to detail. The story was captivating and tied up well at the end. Perfect reading of a summers evening, sure who doesn’t love getting to the bottom of a murder mystery in the sunshine.

Many thanks to Nicola for asking me to take part in her blogtour, all opinions are my own and I am not paid to give them.

9 thoughts on “Blog Tour: The Nanny At Number 43 by Nicola Cassidy”

Just realised I haven’t posted since Empire of the Vampire.. I haven’t read much either but I did read some Sandman, I’m really looking forward to the new series the little snippet they shared of it looks good. I didn’t get through all of my library books before I had to bring them back but sure I can get them again, in the meantime I’m reading some of the horror books I picked up last month 🎃📚 what are you reading 📖
Haven’t been able to get into anything else since I finished this, I would really just like book 2 thank you! It’s a slow burner, can be quite emotional, best way I can describe it is the Witcher meets Interview with a Vampire.. loved it! 📚📖
Happy October 🎃 I’m so glad it’s spooky season, pumpkins everywhere and the darker evenings means its time for candles and fairy lights making everything cosy 🎃 I had great plans to read loads of books in September but I spent most of it reading Empire of the Vampire and I’m still not finished 😆 it’s a big book ok lol here’s some spooky reads I got in especially for this month so I’m hoping I get to read them 😁📖📚 Have you picked out any spooky reads? 📚🎃
The mornings are getting darker and it’s getting a bit colder, I think autumn is finally making an appearance 🍂 so the teen picked this up at the library and wasn’t mad on it as she found it hard to get into so I gave it ago, I felt like I was missing a chunk of the story but it was explained to me that this is not the original Tokyo Ghoul it’s actually a follow up series and that made so much more sense so I won’t give up on it just yet 😁📖
Happy weekend 📚 Bridge of Souls was very much enjoyed in this house, it’s the third book in the Cassidy Blake series by Victoria Schwab. Having previously had spooky adventures in Scotland and Paris, Cassidy now finds herself in New Orleans only she’s not alone, obviously her best ghost friend is with her, but something else has followed her there.. something that’s not very friendly 💀
I was very happy to discover a whole row of Goosebumps in our new library, it’s great to be introducing them to new readers again, my youngest really enjoyed it and I have to say I really enjoyed reading it too! Say Cheese and Die was one I reread loads as a kid, looking forward to reading more of them 🎃