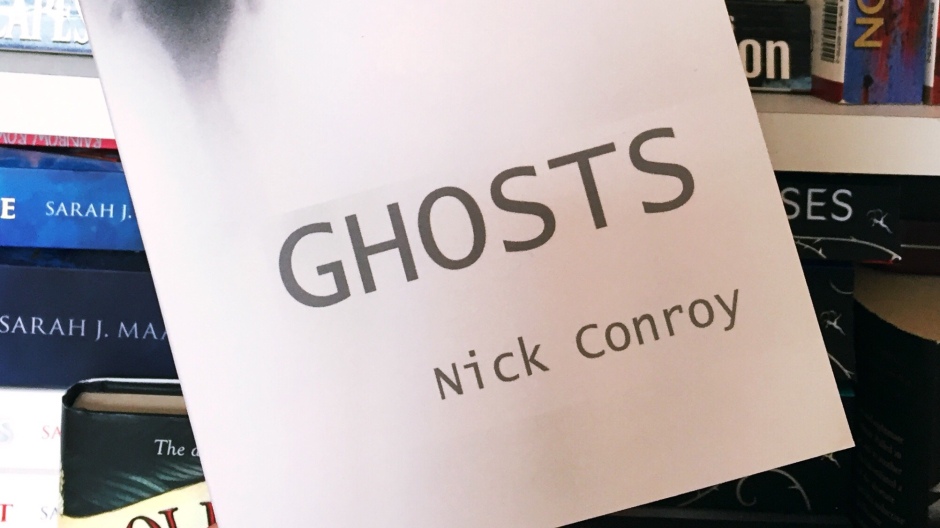 Hello and welcome to the LoveBooksGroupTours blog tour of Ghosts by Nick Conroy.

Thanks Kelly and Wild Pressed Books for having me on this tour. 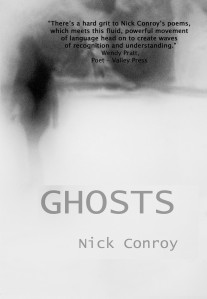 “Every poem in GHOSTS touches on the theme in some way, whether it be overtly as in the title poem, or more succinctly, as in Dragonfly – in which the poet explores ephemeral elements of his perception of his mother.

Nick Conroy’s words touch the heart of his subject matter, and the reader’s emotions at the same time, involving family, identity – and potential or actual loss.

This is a strong, cohesive collection of poems, containing a hard grit which meets a fluid, powerful movement of language to create waves of recognition and understanding. The topics and themes are covered honestly, and with refreshing vulnerability in the language used. In each poem, there is something of a journey – involving loss, a seeking and in the end, an acceptance of the events described. 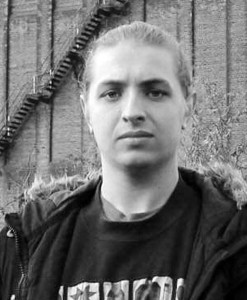 Nick Conroy is currently studying for a Master’s in English at the University of Hull. Poetry has always been at the centre of his passion as a writer, and since childhood he’s enjoyed spoken word.

He was published in the Poetry Rivals “Whispers in the Wind” anthology in 2009 with a shortlisted poem, and won a couple of small competitions while still at school. Performance poetry, he feels, can capture a crowd and create an atmosphere – which he finds addictive.

Nick moved to Hull in 2014, with an understanding that the city is still revered for its poets. He wanted to immerse himself in the culture of poetry in such a uniquely beautiful, historic place. He senses something haunting and intoxicating about Hull, and the community of writing that it holds in high regard. There are countless opportunities for emerging writers to stamp their mark on the scene, and he knew he couldn’t sit back and keep his poetry to himself.

Performing at open mic events such as Away with Words, he was able to get himself heard by a wider audience. He has so far performed twice for the BBC Humberside ‘Contains Strong Language’ festival.

GHOSTS is his first collection of poems, which should ideally be read aloud

Poetry is so personal to the person that writes them but I found Nicks collection of poems very emotive and touching, reaching out and mixing with my own experiences of love, loss and family.

His poem For Mum really stuck out for me in particular both as a Mum and missing my own, because we don’t live near each other, that feeling of her embrace when I go home is all here.

Hauntingly beautiful Ghosts is one I will go back to its a good collection for dipping in and out of. I look forward to more poetry from Nick in the future.

Many thanks again to Kelly and Wild Pressed Books for having me on this tour all opinions are my own and I am not paid to give them.

One thought on “Blog Tour: Ghosts by Nick Conroy”

It’s been a while since I had any book pictures to post but I finally got back to the library today, it was hard not to get a whole stack but I know I wouldn’t get through them all. I loved Grady Hendrix My Best Friends Exorcism so I had to give The Southern Book Club a go 📖 it’s been years since I read the Da Vinci Code but I watched the movie a while ago and realised I never read the rest of the series so thought I’d jump back in 📚 Just had to get my little bookshop in the picture 😁📚
Happy Halloween 🎃 I really enjoyed Mina and The Undead and I’m glad to hear there will be another book next year, I’m actually reading Interview with the Vampire now because of it 😁 also watching Buffy from the beginning.. all things Vampire! 🎃
Just realised I haven’t posted since Empire of the Vampire.. I haven’t read much either but I did read some Sandman, I’m really looking forward to the new series the little snippet they shared of it looks good. I didn’t get through all of my library books before I had to bring them back but sure I can get them again, in the meantime I’m reading some of the horror books I picked up last month 🎃📚 what are you reading 📖
Haven’t been able to get into anything else since I finished this, I would really just like book 2 thank you! It’s a slow burner, can be quite emotional, best way I can describe it is the Witcher meets Interview with a Vampire.. loved it! 📚📖
Happy October 🎃 I’m so glad it’s spooky season, pumpkins everywhere and the darker evenings means its time for candles and fairy lights making everything cosy 🎃 I had great plans to read loads of books in September but I spent most of it reading Empire of the Vampire and I’m still not finished 😆 it’s a big book ok lol here’s some spooky reads I got in especially for this month so I’m hoping I get to read them 😁📖📚 Have you picked out any spooky reads? 📚🎃
The mornings are getting darker and it’s getting a bit colder, I think autumn is finally making an appearance 🍂 so the teen picked this up at the library and wasn’t mad on it as she found it hard to get into so I gave it ago, I felt like I was missing a chunk of the story but it was explained to me that this is not the original Tokyo Ghoul it’s actually a follow up series and that made so much more sense so I won’t give up on it just yet 😁📖