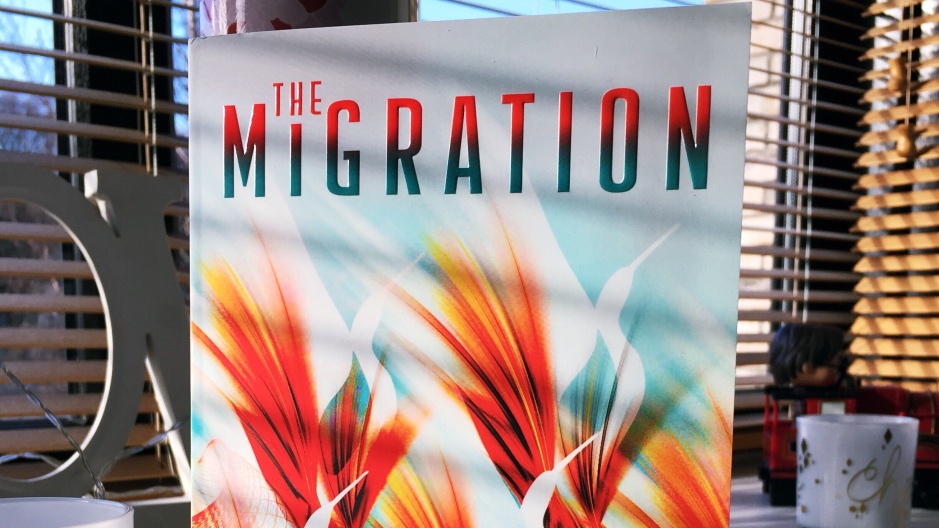 I didn’t even read the back of the book properly before I got stuck in. The cover and that Neil Gaiman quote on the front had me immediately intrigued. I didn’t know what to expect but within no time I was completely immersed. Helen’s writing is so fluid its easy to get lost in it.

“When I was younger I didn’t know a thing about death. I thought it meant stillness, a body gone limp. A marionette with its strings cut. Death was like a long vacation–a going away.”

“Storms and flooding are worsening around the world, and a mysterious immune disorder has begun to afflict the young. Sophie Perella is about to begin her senior year of high school in Toronto when her little sister, Kira, is diagnosed. Their parents’ marriage falters under the strain, and Sophie’s mother takes the girls to Oxford, England, to live with their Aunt Irene. An Oxford University professor and historical epidemiologist obsessed with relics of the Black Death, Irene works with a centre that specializes in treating people with the illness. She is a friend to Sophie, and offers a window into a strange and ancient history of human plague and recovery. Sophie just wants to understand what’s happening now; but as mortality rates climb, and reports emerge of bodily tremors in the deceased, it becomes clear there is nothing normal about this condition–and that the dead aren’t staying dead. When Kira succumbs, Sophie faces an unimaginable choice: let go of the sister she knows, or take action to embrace something terrifying and new.”

There is a sickness and its spreading but it’s not quite what you think. There are storms and flooding around the world and it’s just getting worse by the day. Its apocalyptic but not quite as chaotic as you would imagine, its like the end of the world is creeping up on them but no-one is ready to admit it that that’s what is happening. And when you think its going black there’s a light there, a scary strange light that gives hope.. but at what cost? Will they run from it or embrace whats happening?

I thoroughly enjoyed reading The Migration, it was different to any end of the world scenario I’ve encountered before and I thought it was very cleverly, beautifully done.

Many thanks to Lydia at Titan Books for sending me a copy to review, all opinions are my own and I am not paid to give them.

5 thoughts on “The Migration by Helen Marshall”