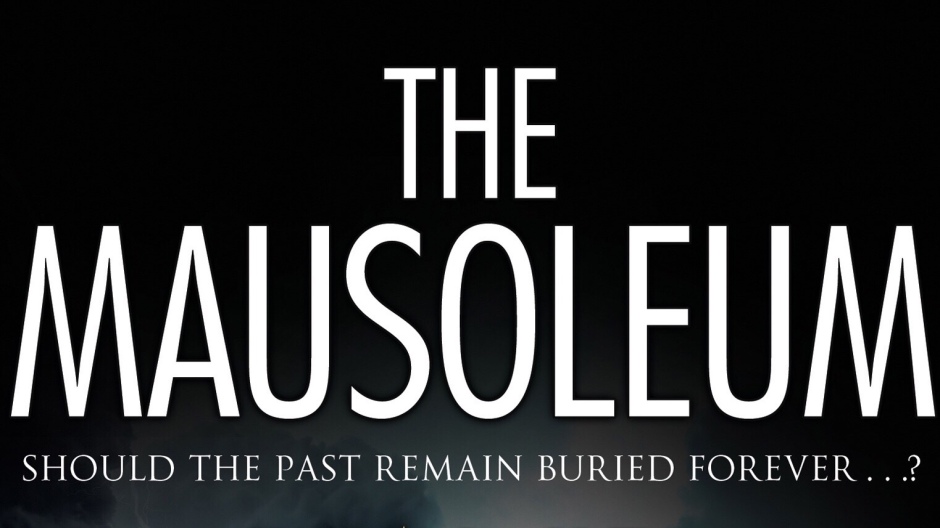 Hello and welcome to my stop on the lovebooksgrouptours Blog Tour for The Mausoleum by David Mark.

Many thanks to Kelly and Severn House for having me on this tour.

“1967. In a quiet village in the wild lands of the Scottish borders, disgraced academic Cordelia Hemlock is trying to put her life back together. Grieving the loss of her son, she seeks out the company of the dead, taking comfort amid the ancient headstones and crypts of the local churchyard. When lightning strikes a tumbledown tomb, she glimpses a corpse that doesn’t belong among the crumbling bones. But when the storm passes and the body vanishes, the authorities refuse to believe the claims of a hysterical ‘outsider’.

Teaming up with a reluctant witness, local woman Felicity Goose, Cordelia’s enquiries all lead back to a former POW camp that was set up in the village during the Second World War. But not all Gilsland’s residents welcome the two young women’s interference. There are those who believe the village’s secrets should remain buried . . . whatever the cost.”

David Mark spent seven years as crime reporter for the Yorkshire Post and now writes full-time. A former Richard & Judy pick and Sunday Times bestseller, he is the author of nine police procedurals in the DS Aector McAvoy series and one historical novel. He lives in Northumberland with his family.

A tale of mystery and war-time secrets that have started to come to light but should really be left dead and buried. I found this story intriguing and I love the way it’s told from the now looking back into the past, with the story unraveling as Cordelia and Felicity recount the goings on in 1967.

I enjoyed The Mausoleum there’s nothing like a good mystery to keep you on your toes, bit of death and some old-fashioned superstition always goes down well. It was really well told and easy to read so I flew through it.

Many thanks again to Kelly and Severn House for having me on this tour, all opinions are my own and I am not paid to give them.

6 thoughts on “Blog Tour: The Mausoleum by David Mark”

Happy Halloween 🎃 I really enjoyed Mina and The Undead and I’m glad to hear there will be another book next year, I’m actually reading Interview with the Vampire now because of it 😁 also watching Buffy from the beginning.. all things Vampire! 🎃
Just realised I haven’t posted since Empire of the Vampire.. I haven’t read much either but I did read some Sandman, I’m really looking forward to the new series the little snippet they shared of it looks good. I didn’t get through all of my library books before I had to bring them back but sure I can get them again, in the meantime I’m reading some of the horror books I picked up last month 🎃📚 what are you reading 📖
Haven’t been able to get into anything else since I finished this, I would really just like book 2 thank you! It’s a slow burner, can be quite emotional, best way I can describe it is the Witcher meets Interview with a Vampire.. loved it! 📚📖
Happy October 🎃 I’m so glad it’s spooky season, pumpkins everywhere and the darker evenings means its time for candles and fairy lights making everything cosy 🎃 I had great plans to read loads of books in September but I spent most of it reading Empire of the Vampire and I’m still not finished 😆 it’s a big book ok lol here’s some spooky reads I got in especially for this month so I’m hoping I get to read them 😁📖📚 Have you picked out any spooky reads? 📚🎃
The mornings are getting darker and it’s getting a bit colder, I think autumn is finally making an appearance 🍂 so the teen picked this up at the library and wasn’t mad on it as she found it hard to get into so I gave it ago, I felt like I was missing a chunk of the story but it was explained to me that this is not the original Tokyo Ghoul it’s actually a follow up series and that made so much more sense so I won’t give up on it just yet 😁📖
Happy weekend 📚 Bridge of Souls was very much enjoyed in this house, it’s the third book in the Cassidy Blake series by Victoria Schwab. Having previously had spooky adventures in Scotland and Paris, Cassidy now finds herself in New Orleans only she’s not alone, obviously her best ghost friend is with her, but something else has followed her there.. something that’s not very friendly 💀