Is The Killer Back?

Oh now this was a fantastically refreshing read! I was very much looking forward to reading this as soon as I heard about it as I had previously enjoyed Karen’s other book One Of Us Is Lying. I really like the way Karen tells her stories, she weaves a perfect web of mystery and intrigue that pulls you right in! I had this read in just three sittings and it would haven been less only I was working. I started reading it as soon as I got the kids to bed and the next day in work killed me waiting to get home to it. 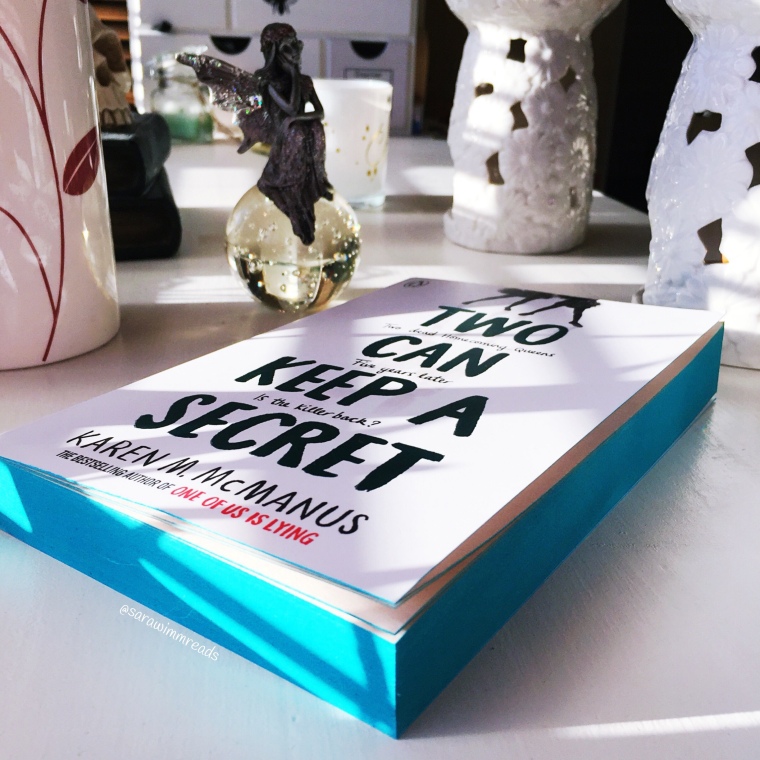 “Ellery’s never been to Echo Ridge, but she’s heard all about it. It’s where her aunt went missing at age sixteen, never to return. Where a Homecoming Queen’s murder five years ago made national news. And where Ellery now has to live with a grandmother she barely knows, after her failed-actress mother lands in rehab. No one knows what happened to either girl, and Ellery’s family is still haunted by their loss.
Malcolm grew up in the shadow of the Homecoming Queen’s death. His older brother was the prime suspect and left Echo Ridge in disgrace. His mother’s remarriage vaulted her and Malcolm into Echo Ridge’s upper crust, but their new status grows shaky when mysterious threats around town hint that a killer plans to strike again. No one has forgotten Malcolm’s brother-and nobody trusts him when he suddenly returns to town.
Ellery and Malcolm both know it’s hard to let go when you don’t have closure. Then another girl disappears, and Ellery and Malcolm were the last people to see her alive. As they race to unravel what happened, they realize every secret has layers in Echo Ridge. The truth might be closer to home than either of them want to believe.
And somebody would kill to keep it hidden.”

I like how the story is told from two perspectives, we have Ellery who has just moved to Echo Ridge with her twin Ezra after their mother ended up in rehab. Their mothers twin Sarah went missing when she was still in high school and has never been heard from since. Then Malcolm who has grown up in Echo Ridge under the shadow of his older brother Declan who was accused of murdering his ex-girlfriend Lacey 5 years ago.

Now we have another threat on the loose, a dead teacher, mysterious messages garishly spread throughout the whole town and another missing girl! Malcolm unwillingly ends up in the middle of it as Declan’s brother suspicion is immediately cast over him and he always seems to be in the wrong place at the wrong time. Then Ellery who has a slight obsession with true crime stories throws herself at the investigation to see if she can solve it herself.

I’m telling you, you will not want to put this one down it is such an enjoyable read you will absolutely fly through it, I highly recommend it. When you’re finished reading it please come back to me so we can discuss!

Many thanks to Penguin Ireland for sending me a copy to review and one for a giveaway which I did on Instagram, all opinions are my own and I am not paid to give them.

15 thoughts on “Two Can Keep A Secret by Karen M. McManus”