You’ll need to keep your eyes open for this, will you take the risk? 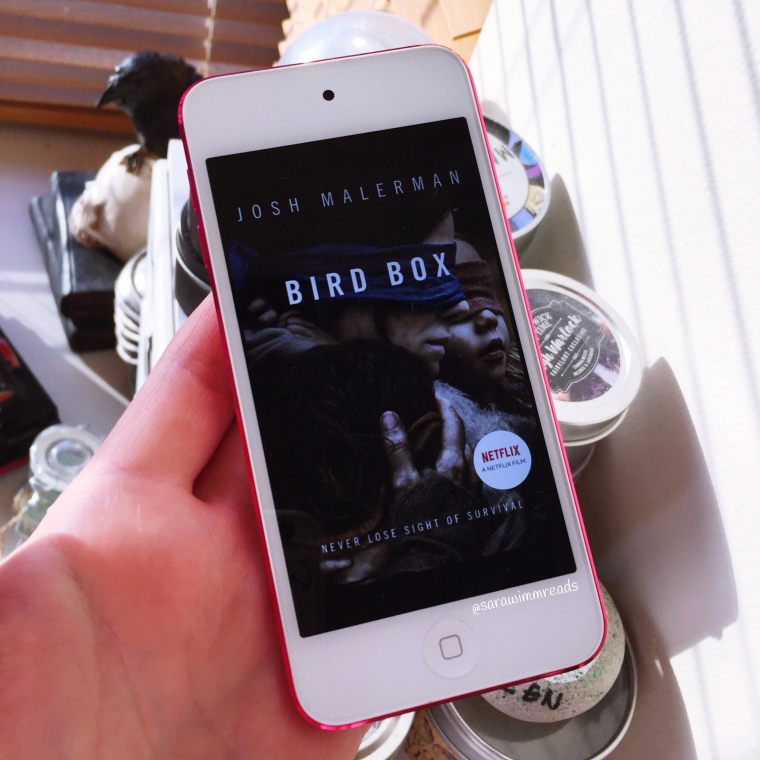 “Something is out there, something terrifying that must not be seen. One glimpse of it, and a person is driven to deadly violence. No one knows what it is or where it came from. Five years after it began, a handful of scattered survivors remains, including Malorie and her two young children. Living in an abandoned house near the river, she has dreamed of fleeing to a place where they might be safe. Now that the boy and girl are four, it’s time to go, but the journey ahead will be terrifying: twenty miles downriver in a rowboat—blindfolded—with nothing to rely on but her wits and the children’s trained ears. One wrong choice and they will die. Something is following them all the while, but is it man, animal, or monster?”

I’ll hold my hands up and say I watched the movie first and only because of that did I want to read the book and it was perfect timing too because it was on sale on Kindle. If I thought the movie was kinda scary and gripping it was nothing compared to the book. Obviously you will always get more detail in the book but with this it’s not even that there’s more detail just the atmosphere itself is different, it’s more intense, creepier and scarier.

It’s such a cliche to say the book was better and I didn’t think I would be saying it as I really enjoyed the movie so I thought they would be fairly equal but the book was just fantastic, right up my street it was totally gripping and a great way to kick off a new year of reading.