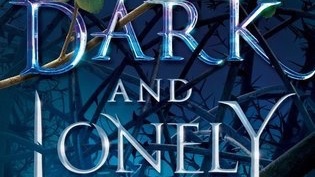 Fall in love, break the curse..

Break the curse, save the Kingdom. 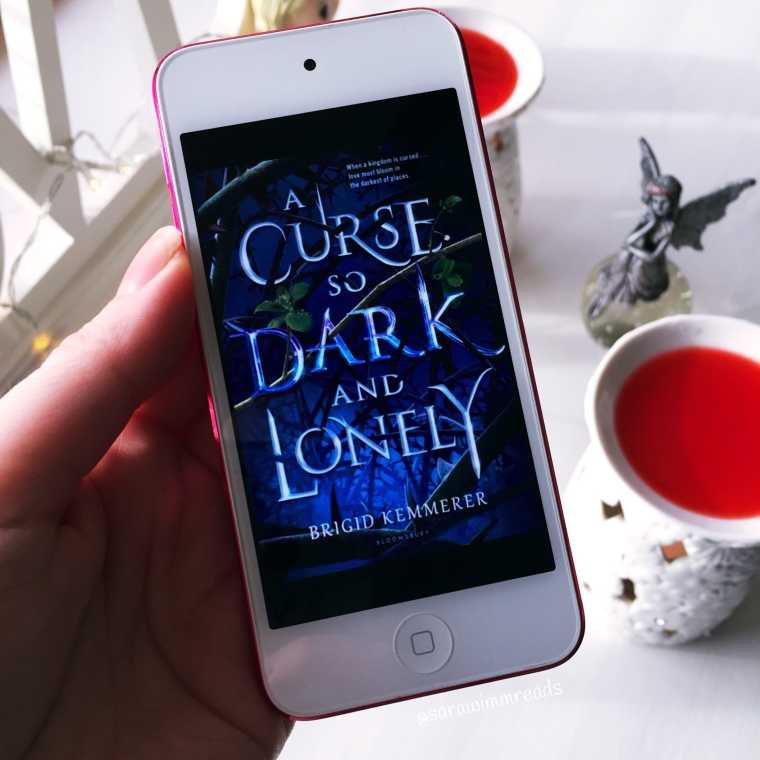 “It once seemed so easy to Prince Rhen, the heir to Emberfall. Cursed by a powerful enchantress to repeat the autumn of his eighteenth year over and over, he knew he could be saved if a girl fell for him. But that was before he learned that at the end of each autumn, he would turn into a vicious beast hell-bent on destruction. That was before he destroyed his castle, his family, and every last shred of hope.
Nothing has ever been easy for Harper Lacy. With her father long gone, her mother dying, and her brother barely holding their family together while constantly underestimating her because of her cerebral palsy, she learned to be tough enough to survive. But when she tries to save someone else on the streets of Washington, DC, she’s instead somehow sucked into Rhen’s cursed world.
A prince? A monster? A curse? Harper doesn’t know where she is or what to believe. But as she spends time with Rhen in this enchanted land, she begins to understand what’s at stake. And as Rhen realizes Harper is not just another girl to charm, his hope comes flooding back. But powerful forces are standing against Emberfall . . . and it will take more than a broken curse to save Harper, Rhen, and his people from utter ruin.”

If you’re a fan of retellings and Beauty and the Beast then this is the perfect read for you. Harper has cerebral palsy, her mother is dying and her brother is in trouble but when she ends up crossing worlds accidentally to Ember Falls she doesn’t let anything hold her back. Harper struggles stubbornly at first but she puts the people in trouble first. She never lets her cerebral palsy hold her back and when a chance to go home comes back she falters.

Will she find her way back to Ember Falls and break the curse? What will become of them all? And who is the true heir to the throne?

As a Beauty and the Beast fan I really enjoyed this retelling, it had a fantastic spin on it. I love how its set in a different world like Alice falling down the rabbit hole, Harper suddenly finds herself in a very different place. I found it to be a very engaging read and there’s nothing quite like having an evil character who is really evil, you can’t route for the good guys enough! I love Harper’s character her determination and loyalty, I love how she doesn’t fall into the role of damsel in distress and very stubbornly fights against her captors, putting herself in harm’s way but still coming out on top. A really good read I’d read it again.

Many thanks to the folk at Bloomsbury for this Netgalley copy so I could read and review, all opinions are my own and I am not paid to give them.

4 thoughts on “NetGalley: A Curse So Dark And Lonely by Brigid Kemmerer”

It’s a sunny day and I’m home so I’m going to spend some time taking my next lot of pictures. Have really been enjoying having pictures ready to go, just means I have to come up with something to say in the caption.. or I can just ramble like I’m doing now 😆 do you plan what you’re going to say for each pic or just wing it? . . . #thestarswesteal #alexadonne #titanbooks #todaysthoughts #creatorsie #irishbookstas #thewritereads #rosbc #irishblogger #booksandcandles #bookaesthetic #bookishlife #myaesthetic
It’s Wednesday half way through the week, we got this 💪🏻 I just have to work today then I’ve a couple days off in which I wish to just sleep 😴 I think it’s the cold making me so tired I’m going back into hibernation mode.. who am I kidding I never came out of hibernation mode 😆 . . . #illuminaefiles #amiekaufman #jaykristoff #rocktheboatbooks #bookstack #bookpile #booktrilogy #aminotmerciful #scifibooks #yascifi #yabookstagram #creatorsie #rosbc #irishbookstas #irishblogger
Can’t seem to wake up this week would very much like to stay in bed 🛌 wouldn’t it be great if there was a like a national duvet day once a month or something 🤷🏻‍♀️ who’s with me 🙌🏻 . . #thestarswesteal #titanbooks #creatorsie #irishbookstagram #irishbookstas #bookblogger #irishblogger #instablogger #rosbc
Good morning.. it’s Monday 😑 I’m nearly finished Then Unlikely Escape Of Uriah Heep, I’m really enjoying it but it’s not one to rush through so it’s taking me a bit longer to read it, plus I had to work this weekend so that are into my reading time. Already looking forward to getting home this evening 📖 Hope you have a good day 📚🖤 . . . #currentlyreading #orbitbooks #theunlikelyescapeofuriahheep #irishbookstas #literarycharacters #rosbc #creatorsie #irishbookstagram #bookblogger #irishblogger
I fully got stuck into watching the new season of Sabrina this weekend and therefore have not been reading much but sure hey my brain needed a break anyways 🤷🏻‍♀️ I’ll get back to it this week 📖🍿 What have you been watching on Netflix? 💻 . . . #chillingadventuresofsabrina #graphicnovel #comixology #kindlefire #kindleunlimited #rosbc #creatorsie #irishbookstas #bookblogger #irishbookstagram #irishblogger #lovecomics
I am currently reading The Unlikely Escape Of Uriah Heep by HG Parry and just wow, I m taking my time with this one there is so much in it, it’s a book lovers dream featuring all sorts of literary characters.. Dorian Gray as always is such a mood and it’s years and years since I read it but this makes me want to read it again. Looking forward to curling up with it again this evening. What are you currently reading? 📖 . . #theunlikelyescapeofuriahheep #orbitbooks #literarycharacters #whatthedickens #currentlyreading #bookblogger #irishblogger #rosbc #creatorsie #irishbookstas #irishbookstagram #bibliophile