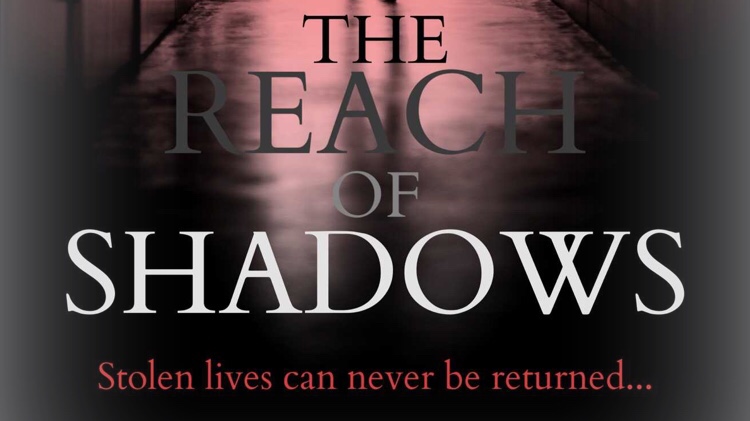 Hello and welcome to the Blog Tour for The Reach of Shadows by Tony J. Forder, thanks to Emma and Bloodhound Books for having me on the tour.

Sometimes I get so caught up in the high intense fast paced reads that I forget how good it is to just sit back and settle in for a slow detailed read.

“Recovering from injuries sustained in a road collision, DI Bliss is taken directly from hospital to a fresh crime scene and ordered to investigate the vicious stabbing and murder of Jade Coleman.

When Bliss realises the victim had reported being stalked, and that two of his own team had been drafted in to take her statement, he is given the unenviable task of interviewing both of his detectives.

Increasingly it appears that the stalker may be their killer. However, several other people soon become part of the team’s suspect list.

Bliss also finds himself being questioned about his own past, and has to battle to defend himself whilst continuing to investigate the murder.

Why would anybody target Jade Coleman?

Why are the team unable to identify the victim’s close female friend?

And why did Jade recently leave her job without any explanation?

With his work cut out, and his team under pressure, can Bliss solve the case before more victims show up?

Or will the shadows of his own past reach out and drag him under before he can succeed?”

Tony J Forder is the author of the critically acclaimed, internationally best-selling crime thriller series featuring detectives Jimmy Bliss and Penny Chandler. The first three books, Bad to the Bone, The Scent of Guilt, and If Fear Wins, are now joined by The Reach of Shadows, published in January 2019.Tony’s dark, psychological crime thriller, Degrees of Darkness, featuring ex-detective Frank Rogers, was also published by Bloodhound Books. This is a stand-alone novel. Another book that was written as a stand-alone was Scream Blue Murder. This was published in November 2017, and received praise from many, including fellow authors Mason Cross, Matt Hilton and Anita Waller. Before it had even been published, Tony had decided to write a sequel, and Cold Winter Sun was published in November 2018.

Tony lives with his wife in Peterborough, UK, and is now a full-time author.

The Reach Of Shadows starts off with a bang and sucks you in but it takes it’s time giving up plenty of information to digest and try to figure out the mystery of the murdered girl. But while our Detective Bliss is handling the investigation it’s very clear he has some issues of his own. And not only is he the chief investigator in a murder but it later on transpires that he too is under investigation for murder, and not just any murder but that of his wife 17 years previous.

The Reach Of Shadows is Book 4 in the DI Bliss series but it holds its own as a stand alone. You get enough information that you don’t feel in the dark about anything so you don’t need to have read the previous books BUT the writing would certainly persuade me to do so.

I also liked his partner Penny Chandler, she knows where to speak up and keep her partner in line. It turns out that she has her own problems but it doesn’t hold her back if anything it pushes her to work harder. I love the respect between the two of them.

A highly enjoyable read that went well with a few mugs of tea.

Many thanks to Emma from Damppebbles and Bloodhound Books for having me on this tour, all opinions are my own and I am not paid to give them.

6 thoughts on “Blog Tour: The Reach Of Shadows by Tony J. Forder”