Hello and welcome to the RandomThingsTours blog tour for Think Yourself Lucky by Ramsey Campbell.

Many thanks to Anne for having me on this tour and to FlameTreePress for sending me a copy of the book.

What’s the worst thing you’ve ever thought about someone? Something so bad you wouldn’t say it out loud or even think about writing it down.. imagine that thought escaping, taking shape and becoming something far more dreadful than you thought possible.. reality! 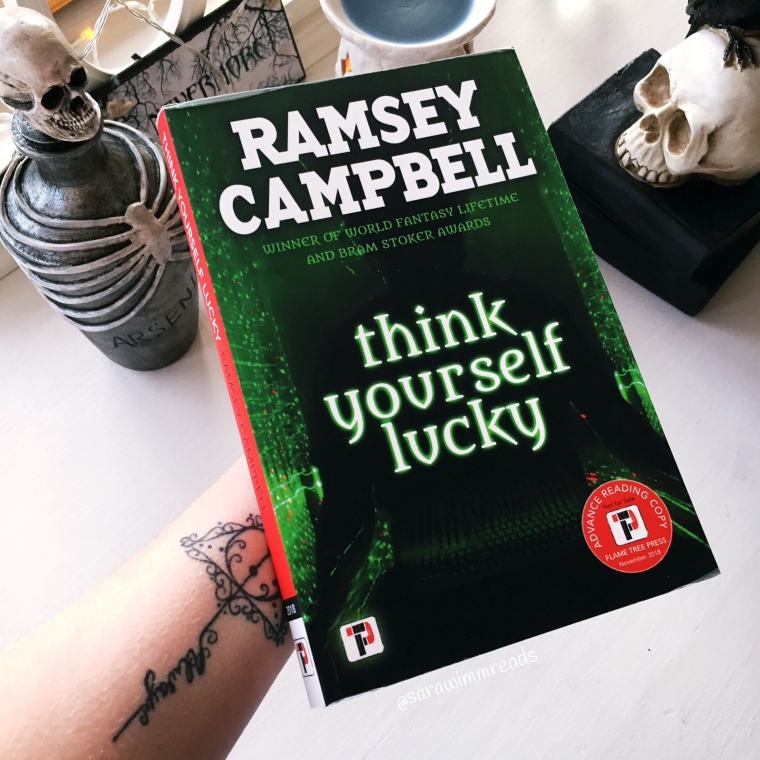 “David Botham just wants a quiet ordinary life―his job at the travel agency, his relationship with his girlfriend Stephanie. The online blog that uses a title he once thought up has nothing to do with him. He has no idea who is writing it or where they get their information about a series of violent deaths in Liverpool. If they’re murders, how can the killer go unseen even by security cameras? Perhaps David won’t know until they come too close to him―until he can’t ignore the figure from his past that is catching up with him…” 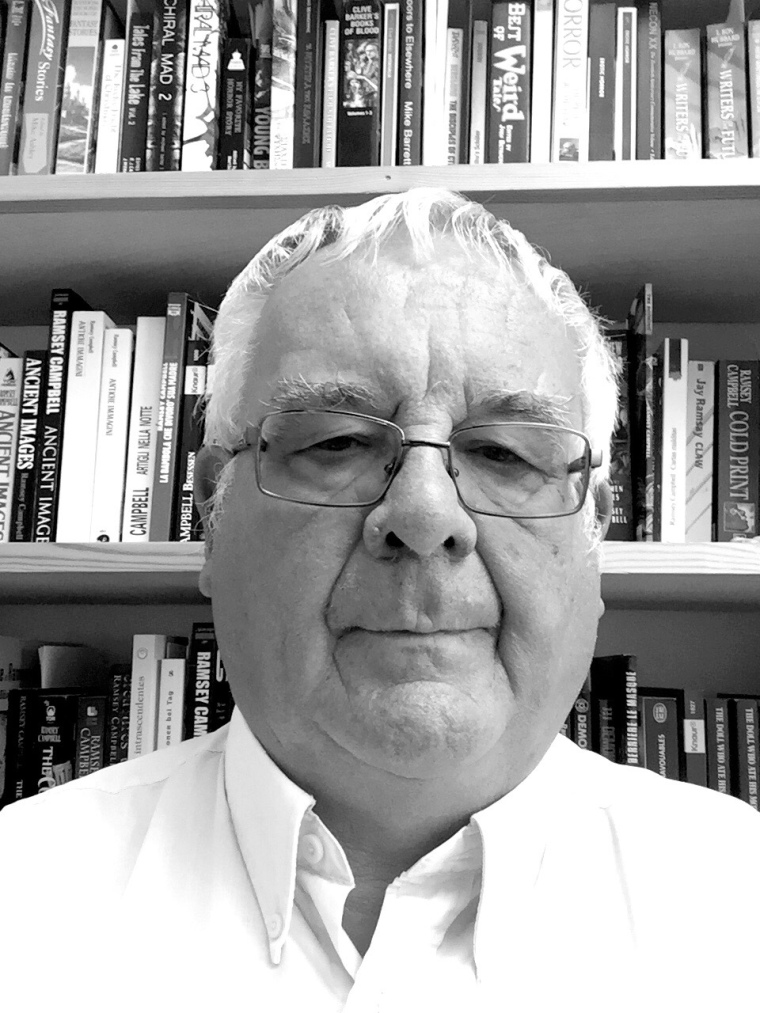 Ramsey Campbell is a British writer considered by a number of critics to be one of the great masters of horror fiction. T. E. D. Klein has written that “Campbell reigns supreme in the field today,” while S. T. Joshi has said that “future generations will regard him as the leading horror writer of our generation, every bit the equal of Lovecraft or Blackwood.”

David Botham just wants a quiet life but somehow people who bother or threaten him in some way seem to accidentally die. That couldn’t be anything to do with him though surely? Just coincidence! Then a blog describing the accidents in gory exaggerated detail, more horrifying than the actual events, shows up under a name David created. But he’s not writing it, is he..?

Think Yourself Lucky is a very unsettling look into how thoughts can manifest and how easily things can spiral out of control. I do think some of this might have gone over my head a bit as I found the flow a bit choppy and some of the dialogue confusing. I had to take time to mull over this one, it’s certainly a different read, makes you think about how much of ourselves we project online and how much we give away. But it’s worth a read for the spooky sinister character from Davids past.. imaginary friends are totally normal right? Even ones that appear when bad things happen?

Thanks again to Anne for having me on this tour, all opinions are my own and I am not paid to give them.

9 thoughts on “Blog Tour: Think Yourself Lucky by Ramsey Campbell”

The Mist was a good summer read 😆📖 I actually liked the tv series that came out a while back too. Slowly getting through Kings books, enjoyed this one, atmospheric and visual, stick it on your reading list for a foggy misty day 😁
Another great read from Grady Hendrix, The Final Girl Support Group, he’s quickly becoming a favourite and I definitely want to read more of his books 📚
The Shadow Friend by Alex North was a really good read, kept me guessing 📖 I read it fairly quickly too, need to find more books like it 📚
I finally read Salem’s Lot and I see why people like it, it’s a big book but the story telling is great. I could have done without the long epilogue at the end but I enjoyed it over all 📖📚
Five Minds by Guy Morpuss was a really good read, such a weird take on reducing over population. Five random people sharing one body, things are bound to go wrong! 📖
Had another trip to the library, in the mood for some thriller and horror vibes this month, have you read any of these? 📚