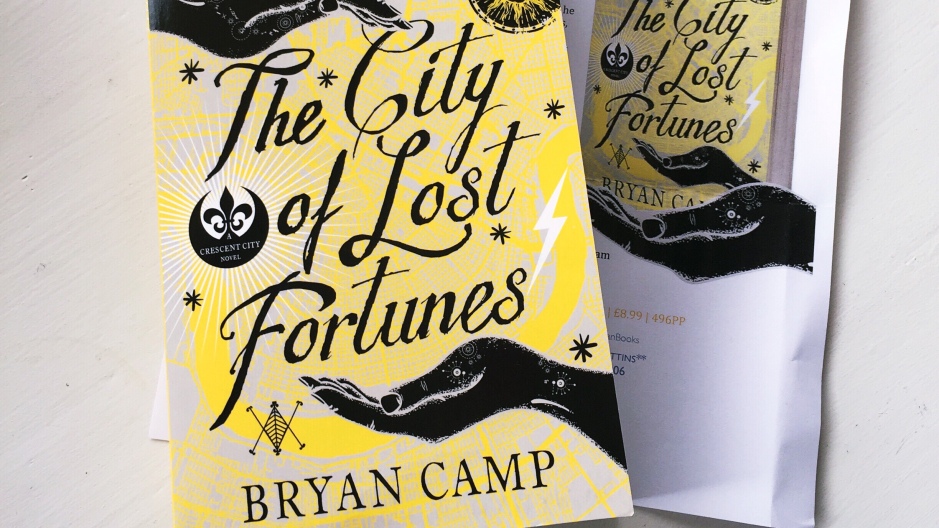 The fate of New Orleans rests in the hands of a wayward grifter in this novel of gods, games, and monsters.

I’m just going to get straight into it, this book is magic, there’s no other way to describe it! The story is so fluid the words rolling off your tongue casting its spell over you so that you can’t put it down (only long enough to make another cup of tea). 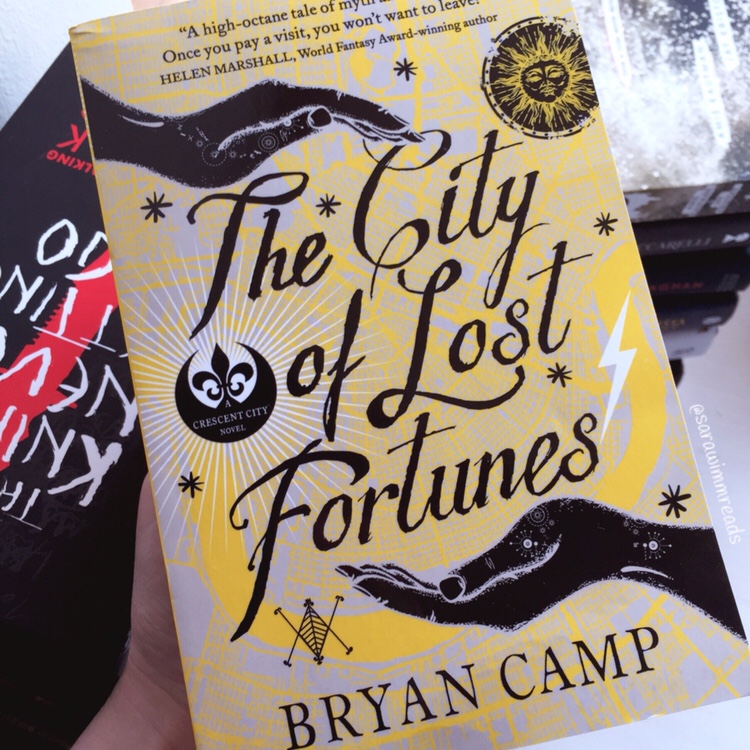 The City of Lost Fortunes by Bryan Camp is set in New Orleans after the storm, the storm that changed everything even the city itself, Hurricane Katrina. But something is brewing and change is coming once again. Jude, our lead character, is broken and doing his best to stay hidden. He keeps his magic to a minimum no longer trusting it, or himself. But before he knows it Jude is pulled back into the light and embroiled in a game with life or death consequences. You don’t play games with Gods.

“The post–Katrina New Orleans of The City of Lost Fortunes is a place haunted by its history and by the hurricane’s destruction, a place that is hoping to survive the rebuilding of its present long enough to ensure that it has a future. Street magician Jude Dubuisson is likewise burdened by his past and by the consequences of the storm, because he has a secret: the magical ability to find lost things, a gift passed down to him by the father he has never known—a father who just happens to be more than human.

Jude has been lying low since the storm, which caused so many things to be lost that it played havoc with his magic, and he is hiding from his own power, his divine former employer, and a debt owed to the Fortune god of New Orleans. But his six-year retirement ends abruptly when the Fortune god is murdered and Jude is drawn back into the world he tried so desperately to leave behind. A world full of magic, monsters, and miracles. A world where he must find out who is responsible for the Fortune god’s death, uncover the plot that threatens the city’s soul, and discover what his talent for lost things has always been trying to show him: what it means to be his father’s son.”

The City of Lost Fortunes is a captivating contemporary fantasy that explores themes of family, friendship and finding where you belong from an exciting new voice. Vibrant and innovative, The City of Lost Fortunes is a must-read. I really loved how this played out, I loved the tarot cards, Gods, magic and murder. I haven’t read a book quite like this in a while. The books ends kind of open so it could be left or continued and I hope we hear more from Jude in the future.

Many thanks to Lydia Gittins from Titan Books for sending me a copy of The City of Lost Fortunes to review, all opinions are my own and I am not paid to give them.