“A little lie… a seismic secret… and the cracks are beginning to show.”

I’m very happy to be taking part in this blog tour for Fault Lines by Doug Johnstone. Thank you to Anne Cater for organising and Orenda Books for sending me out a copy.

Secrets don’t stay buried for long and the cracks are beginning to show.. not just along the fault line. As the tremors grow more aggressive so does the person on the other end of the phone and soon Surtsey’s secrets are revealed. But, she didn’t kill Tom.. (or did she?) so who did? And who is the person texting her? It might just be someone closer than she thinks!

“In a reimagined contemporary Edinburgh, where a tectonic fault has opened up to produce a new volcano in the Firth of Forth, and where tremors are an everyday occurrence, volcanologist Surtsey makes a shocking discovery.

On a clandestine trip to a new volcanic island The Inch to meet Tom, her lover and her boss, she finds his lifeless body, and makes the fatal decision to keep their affair, and her discovery, a secret. Desperate to know how he died, but also terrified she’ll be exposed, Surtsey’s life quickly spirals into a nightmare when someone makes contact – someone who claims to know what she’s done…”

This is a solid read a classic whodunnit. I read it in two sittings, started off on an evening after work and then spent a glorious sunny day in the garden reading the rest. I thoroughly enjoyed it I must say, it’s very easy to get sucked into and I didn’t want to put it down. It not violent or graphic which made a nice change, it’s very much a murder mystery with a clever setting that brings the story together. I would read it again and highly recommend.

Doug Johnstone is an author, journalist and musician based in Edinburgh. He’s had eight novels published, most recently Crash Land. His previous novel, The Jump, was a finalist for the McIlvanney Prize for Scottish Crime Novel of the Year. Doug is also a Royal Literary Fund Consultant Fellow. He’s worked as an RLF Fellow at the Queen Margaret University, taught creative writing at Strathclyde University and been Writer in Residence at Strathclyde University and William Purves Funeral Directors. He mentors and assesses manuscripts for The Literary Consultancy and regularly tutors at Moniack Mhor writing retreat. Doug has released seven albums in various bands, reviews books for the Big Issue, is a player-manager for Scotland Writers Football Club and has PhD in nuclear physics. 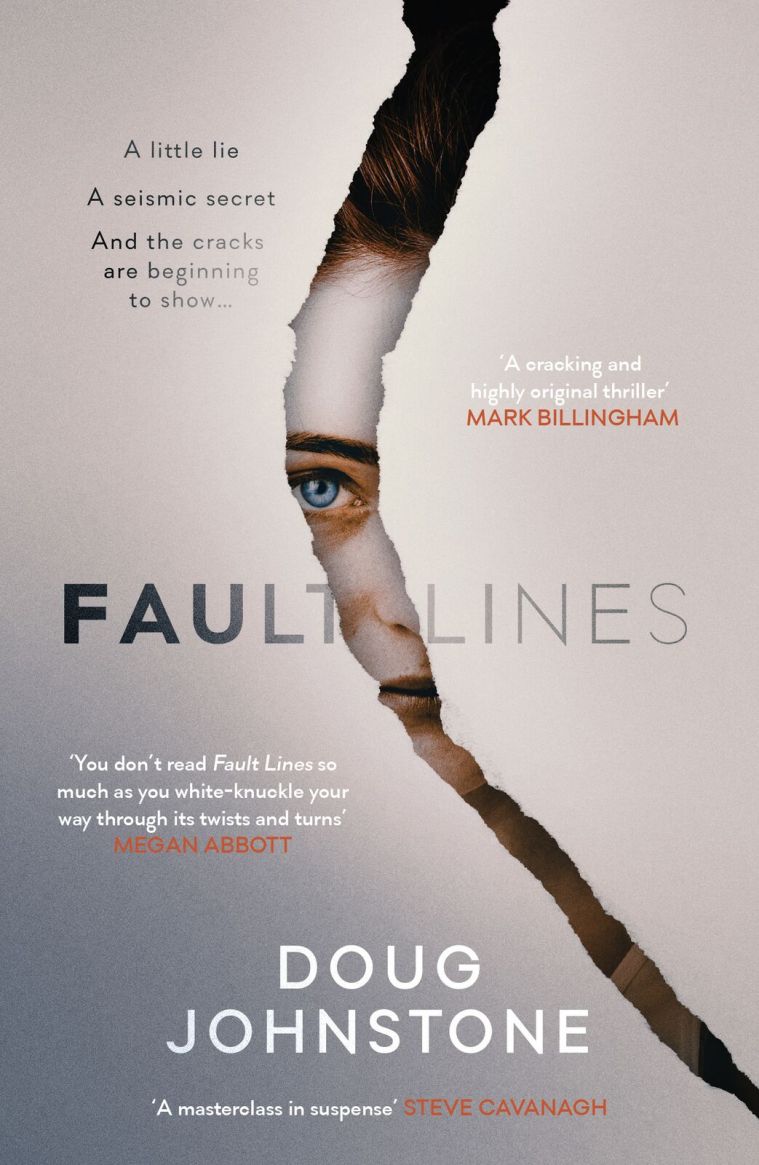 Fault Lines by Doug Johnstone is out now and is available in e-book and paperback. Be sure to check out all of the other fabulous Bloggers taking part in the tour.

(I was sent this book as part of the blog tour, all opinions are my own and I am not paid to give them.)